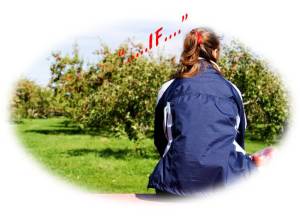 Our family had just finished memorizing James 2:1-13, where James instructs us to pay attention how we treat those who have less than we do–or for some reason do not meet our standards. We were doing well at homeschooling but–“Sunday was a-comin’!” Morning service was special, as always, and suddenly it was time to go back for the evening message. As we sat down, our six year old daughter said “Ewww, Mommy, look over there: look how dirty those people are!” She was right. It was a young couple, girl and boyfriend, and they were dirty. I’m not sure what brought them in, but they had entered our little Baptist Church that normally had maybe 30 in attendance on Sunday night and sat in the back. Our daughter’s face was scrunched up in disgust as she observed the couple. I leaned over and gently reminded her of the verses we had just learned about how to treat people who have almost nothing, and God used His word to break her heart. She immediately was shocked to put the truth of the Bible up against her actions.

That next week she busily worked on projects. When Sunday rolled around again, Rachel took her gifts to church, hoping the couple would come. They did, that night. She went up to them and told them she had made them some gifts–I don’t even remember what they were. The couple was overwhelmed that a small child had thought of them all week, and prepared gifts she felt were a representation of what Christ would have done. It made such an impact on them that they made an appointment with the pastor, told him they were living together but after that night would sleep in separate areas (the bed and the couch), and set a wedding date. They had a time of cleansing their little place, throwing rock albums in the trash, and came to know the Lord. Rachel made them something for their wedding, and decorated the communion table where they would say their vows before the pastor and his wife.

“What if” our daughter had not been moved by her callousness at someone’s “dirty raiment”? A small phrase–what if– but one that changes the course of human thinking. A new sermon emphasis in our church is causing many of us to question our “what if’s!”

You may have lived a great life. I seriously know people who have: they have married high school sweethearts, their family came along, the job was secure, and life was good. I’ve often wondered what they did that made God give such grace in abundance to some, while others are born into a family where abuse prevails, vulgar language is the norm, learning in school is difficult, and by teen-age years everyone in the community has labeled him/her one to be avoided. Did either of them ever wonder, “What if..?”

For the majority of the rest of us, our life is filled with “what if….”! What if… I had had a mom who guided me; a dad who loved me; a mentor in my life who encouraged me to do my best. What if… I had used wise judgment throughout life; had made wise choices; had taken advantage of life’s offerings?

Or are you straddled with “If only’s”? …. you had not taken that job, your marriage wouldn’t have failed, your daughter wouldn’t have rebelled at a new school and gotten into the wrong crowd; if only … your extended family had tried to eat healthy so your husband didn’t have a heart attack; your friend didn’t drink so heavily that he killed someone with his car?

We can live with the “What if’s” and the “If only’s” and drive ourselves crazy. So we do what the apostle Paul told us, and “forget those things which are behind,” because they can become traps Satan uses to make us ineffective as we live our lives for Christ.

So “What If” turns from being a “sin that so easily besets us” and becomes a role model, if you will: “What if” we saw the person in front of us at WalMart counting their pennies to pay for some vienna sausage, and we reached in our wallet and told the clerk, “Here.” What if we carried tracts that were simple, beautiful, and designed to help any adult discover that Jesus loves them, and gave them to the person when we did an act of love like paying for their small amount of food? What if we really did become the person God had in mind when He hung on the Cross?

We may not be able to change the world, but we can impact our neighborhood, our community, or–to some extent–our town. What if the person who visited in the service or in Sunday School was invited over for Sunday dinner? What if they weren’t dressed well? Would we still have them? Would Christ have still died for them? Then prepare something extra and ask them if they can come share your meal. Scary, isn’t it? But what if you did? You may be entertaining angels unawares! More importantly, what if you asked your neighbor of ten years to share a meal? Or the new hire at work that is in a lowly job? Don’t do it for someone who can return the favor–do it for someone who will be shocked at your love.

What if our actions caused two people to come to know Christ this year?

Father, help me to be willing to be used. In Your Name, Amen.

A Miracle for Jen | Book

drawing women's hearts to our Amazing God....taste and see that the Lord is good!